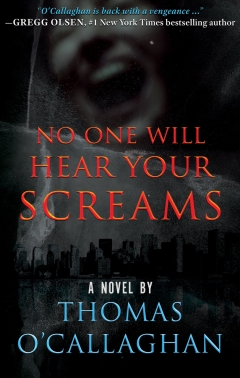 Is there a sociopath on the loose in New York City?  The NYPD believes there is. Who is Tilden, this man who claims to have been sexually abused as a child by his mother’s john?  Was that same type of abuse, perpetrated this time by a heartless prostitute he’d hired for an afternoon of debauchery the trigger that ignited Tilden’s rage, sending him on a mission to eradicate all women of the night?

More importantly, will NYPD’s top cop, Homicide Commander Lieutenant John. Driscoll put an end to the madness?  He soon discovers Tilden’s not your common murderer.  Far from it.  Would a common murderer take the time to embalm his victims?  The Lieutenant’s assistants, Sergeant Margaret Aligante and Detective Cedric Thomlinson, sure don’t think so.  Especially when that embalming is ruled the cause of death by New York City’s Chief Medical Examiner.

Driscoll, a man haunted by the events of an unstable childhood himself, must put aside any sympathy he may have for Tilden and put a stop to his murderous rampage.  But, the Lieutenant is not the only lawman laden with emotional baggage.  Margaret Aligante knows all too well what it feels like to be an adult who’d been sexually abused as a child.  And Cedric Thomlinson has been battling his own demon throughout most of his adult life.  Will his addiction to alcohol get in the way of their investigation? The tasks that demand the full attention of Driscoll and his all too human team are arduous.  The killings must end and justice must be served.  Not tomorrow.  Nor the day after. Now!

Pearsol opened the mortuary cooler and pulled out the stainless steel tray supporting the victim.  “Lieutenant, meet Jane Doe,” he said sliding the woman’s bloated body under Driscoll’s gaze.  “Harbor Patrol fished her out of the muck.  I’d say she was a feast for the gulls for a day. Maybe two.”

“She was doused in phenol?”

“The complete autopsy will fill in the blanks, but I’d bet my pension I already know what killed her.  The who, and the why, I’ll leave to you.”  Pearsol handed the preliminary lab report to Driscoll.  It identifies a mixture of substances inside her vascular system.

“There’s three more.”“Myrrh, aloe and cassia,” Driscoll read aloud.  “That’s a strange mix.”  He glanced at Pearsol, who nodded.  “Says here you drained 851 milliliters from her circulatory system.  What’s that?  About two pints?”

“A body contains five to six quarts of blood.  So the rest of this mixture?”

Using his finger, Driscoll pushed back a lock of the victim’s hair. “What could you have done to warrant this?” he whispered, eyes on the corpse.

“Right now the unofficial cause of death is phenol poisoning by arterial injection.  Familiar with the German word, ‘abgespritzt’, Lieutenant?”

“Abgespritzt was a method of genocide favored by the Nazis in the early 1940s.  Hitler’s henchmen delivered instantaneous death by injecting 15 milliliters of phenol directly into the heart.”

“More than likely he used a centrifugal pump.  And he knew what he was doing.” Pearsol pointed to the side of the victim’s neck, where a semi- translucent latex adhesive covered a two inch stretch of rippled flesh between the carotid artery and the jugular vein.  “An extreme method of murder, Lieutenant.  He arterially embalmed her.”

“There’s more.”  The M.E. produced a transparent evidence bag containing a locket.  It was an inch in diameter and featured Saint Vitalis of Gaza; his name etched in a half circle below his likeness.  “I found it under her tongue.  Someone apparently placed it there before suturing the tongue to the floor of her mouth.”

“What’s that about?” Driscoll wondered aloud.

“Good question.  I’m not familiar with that saint.  You?”

“She‘s the patron saint of prostitutes.”

“Well, there’s a lead.  Oh, and there’s one other bit of information you’re sure to find intriguing.  The myrrh, aloe, and cassia injected with the embalming fluid were once embalming solutions on their own.  Sort of.”

“They were the purifying fragrances applied to the linens that wrapped the crucified Christ before he was laid in his tomb.”