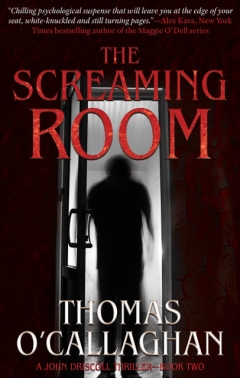 Tourism in New York City is under siege.  Visitors to the Big Apple have become targets of vengeful twins hell bent on exacting punishment on total strangers to right the hellacious wrongs perpetrated against them in a hellhole they called home.

Their audacious killing spree leaves men and women of all ages and ethnicities brutally murdered, then scalped; their lifeless forms displayed in macabre fashion at landmarks throughout the metropolis.

NYPD Homicide Commander John W. Driscoll along with his dedicated team of Sergeant Margaret Aligante and Detective Cedric Thomlinson are determined to bring the pair to justice, as is a despicable grieving father, whose idea of justice is at odds with morality itself. By offering a three million dollar bounty, a cent of which he never plans to part with, he’s turned the city that never sleeps into a get-rich-quick circus with an overzealous Mayor acting as ringmaster looking to please Mr. Moneypockets any way he can. Lieutenant Driscoll, who’s been assigned the case hours after he buried his wife, must put his grief on hold and focus on shutting down the twins’ reign of terror by apprehending them before their denouement is dictated by an unscrupulous and unforgiving interloper.


The rain had stopped. The afternoon sun had resumed its assault on rotting corn shocks, casting distorted shadows across the abandoned farm. A pair of cicadas sounded, silencing the chirping of the nearby sparrows, sending them into flight.

In the middle of the field, a sturdy youth stood silently, eyes fixed on a mound of fresh clay.

A rush of cool air stirred wisps of his ripened wheat colored hair. Bending down, he used a finger to inscribe the name ‘Gus’ in the collected soil.

A second youth, a female, approached. “Can we go now?” she asked, wearily. “This is our tenth field and there’s nothing left of him to bury.”

The girl looked around. “Someone could be watching, you know.”

“Well, you’d better make it a quick one.”

The youth’s eyes lingered on the newly formed grave. With a nod of satisfaction, he uprighted himself. As a smile lit his face, he used the heel of his boot to eradicate their victim’s name. “Lovee,” he said, “may the bastard rest in peace.”